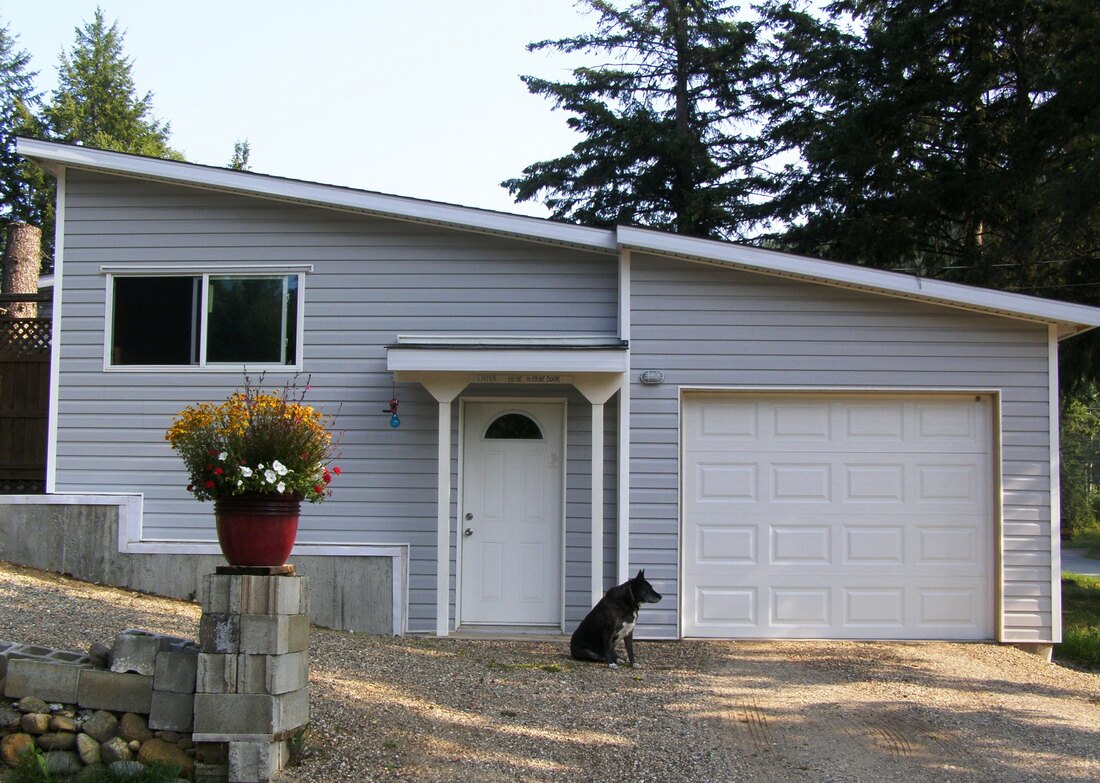 ​At Home in Clearwater, B.C., Canada 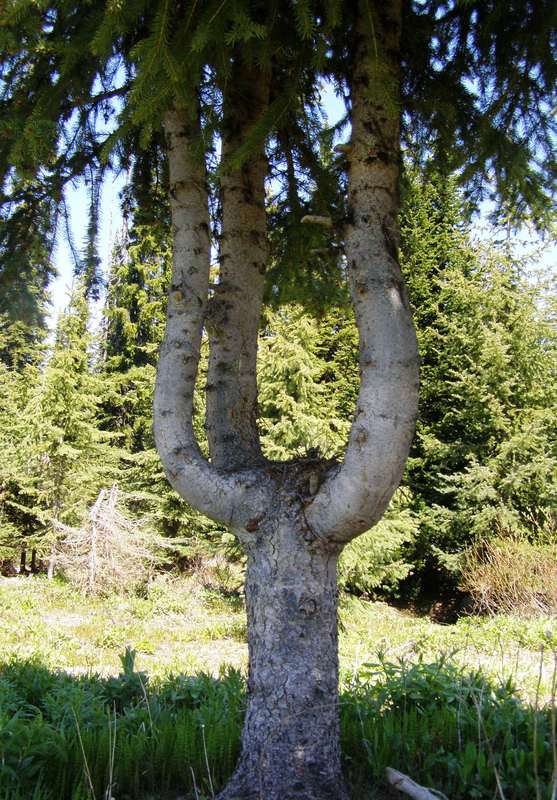 The Property Package page will be used as a Bulletin Board,
posting little stories and notices.


​
​A new tree for you to climb - with tripple rewards at the top!

The above link will show vivid details of a HUGE cave recently found.
​Location is in Wells Gray Provincial Park in British Columbia, Canada.
Or Google "Honking Big Cave". 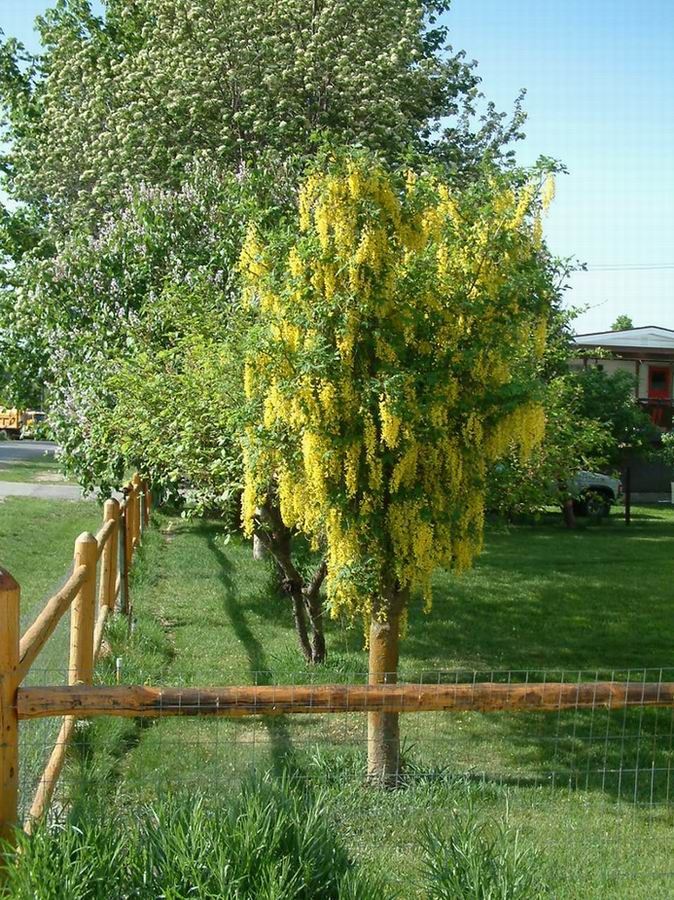 Laburnum Tree: Located on the Okanagan semi-rural Property sold in 2007 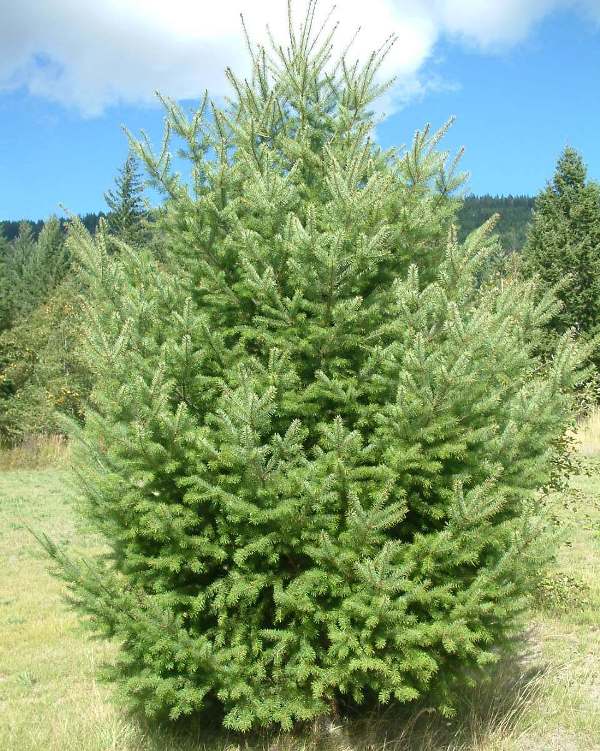 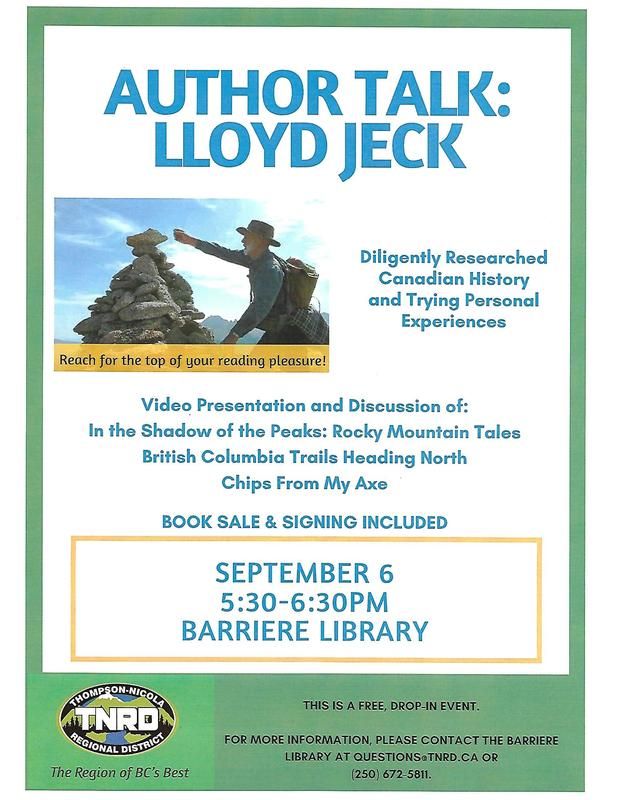 Yes, this Author Talk has happened! A suggestion here for any authors contemplating a promotional engagement such as this. The talk went well enough, but there were two recognized constraints. Having three books to enlighten attendee's about, resulted in considerable pressure to cover all desired points within one hour! The other troublesome point was the timing of the event - dinner time for most people. The few who attended showed strong interest in hearing about historical people and moments that are described in my books.

If YOU would like to have my AUTHOR TALK presented in YOUR AREA, please CONTACT me.
Seat of My Pants!

I was with my Dad, in 1949, when he drove his 1929 Cherolet sedan to Blue River from the north. He and I had been grading road all summer - from early June to snow time in the fall. I was operating a 1939 vintage D4 Cat hooked to a pull grader, dad on the back end of the grader. We maintained the road from McBride to the provincial boundary at Yellowhead Pass, then back to Tete Jaune Cache and over to Valemount. We touched up local roads there before heading south about half way to Blue River. Pat Calaghan joined us with a rubber tired maintainer for the last week on that southern section. It was when Pat was with us that we made the weekend trip to Blue River. We took in a Saturday evening movie; when we came out, the very cool evening air hit my butt and I put my hand back there to investigate. I touched bare skin as there was no seat left in my pants! 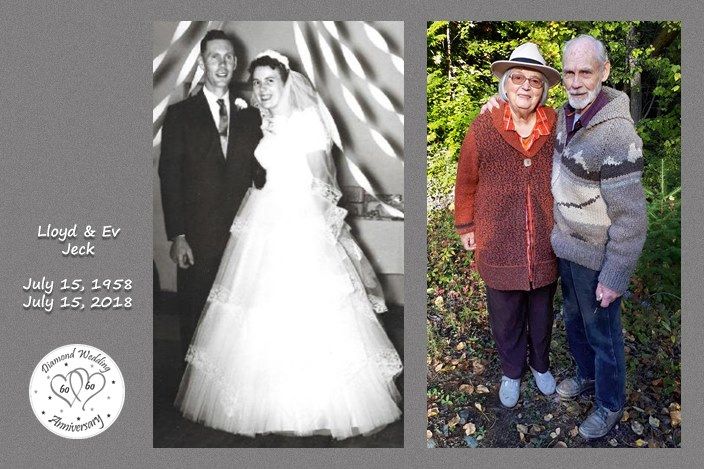 Collage Arrangement by Sheila Jeck. 2017 Coloured Photo by Valerie Morhart.
Sixty Years, Wow!
Some ask,"How did you do it"? I say, "Set a blue print and follow it". On our honeymoon, we made a plan. It was decided that the man would make all major decisions and the wife would make minor decisions. During sixty years of married life no major decisions arose!

​Make light of your differences and embellish the small things that will bring happiness to both of you. 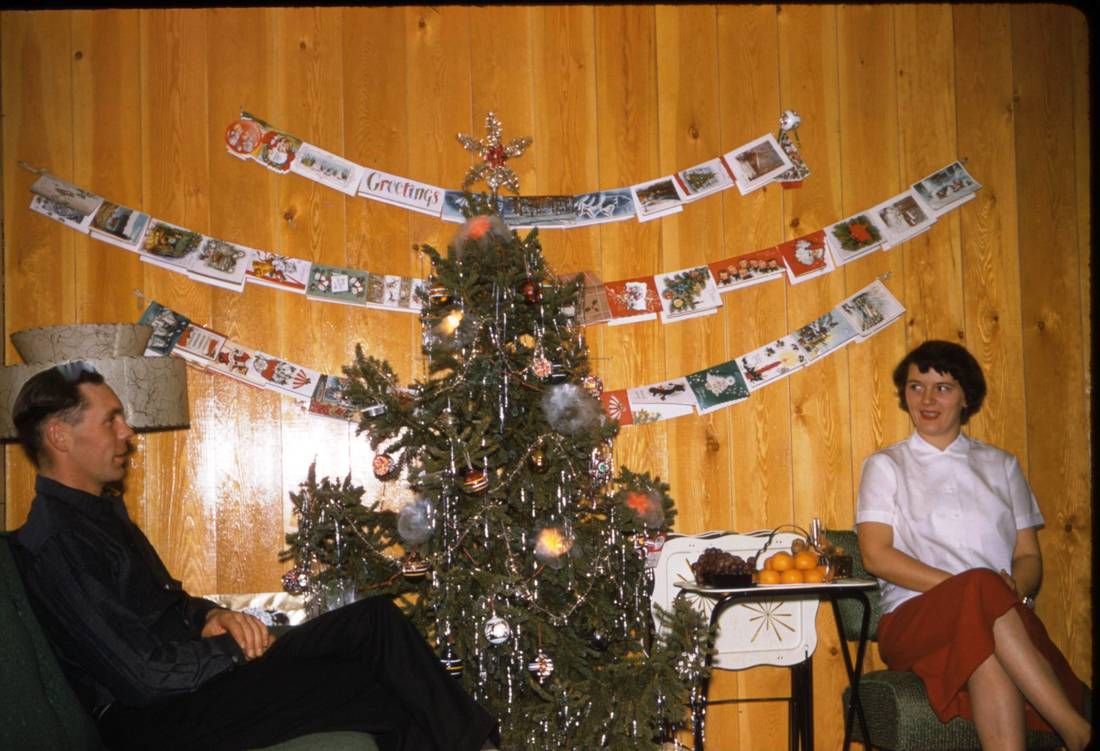 Inside of our first home using building material from Jeck Bros Sawmill. Built in 1958.
The Spider and the Fly
Posted: July 5, 2018

I have no photo for you this time, I really wish that were not so. But, I will provide you with a little word picture that may allow you to piece together an action shot.
There is a time factor here, about twenty-five years, to go back to when a movie camera was purchased. I had often wished that I had such a device to capture unexpected action, as well as the many pleasant vista's, presented when out hiking. I soon learned that it takes time and patience if one is going to be rewarded with good film footage. Niether of those elements seemed readily available to me at that time.
I experimented and did come up with one short action footage that pleased me. Out in a little green-house a small spider had spun quite an elaborate web and, one sunny morning, a large fly had become entangled in the intricate trap. Both the spider and the fly were very much alive, but only the spider could maneuver around on its own carefully constructed passageway's. I ran back and got my camera.
What I caught on film was very much a Goliath and David type of battle unfolding here in one of nature's amphitheaters. Goliath, in this case the fly, was at considerable disadvantage due to having many legs entangled amongst the sun reflecting threads of the web. On the other side, the tiny spider fought bravely on, darting in and out in an attempt to deliver the crucial blow that would secure its food supply. Yes, as did David, the spider came out the victor in this stretched out fight to the finish.
One very interesting feature, that was not evident until the film was played back, was the clear recording of a lengthy train whistle. To hear the plaintive notes of that sound, as the life and death battle raged, exaggerated the contemplative mood that the scene presented.
***

In reflecting on this little story that describes a long past experience, I cannot help but compare it to a daring human who is about to experiment with an illicit substance. May those carelessly daring individuals take warning that their actions may parallel those fatal steps of the fly.
***

OH, Another Thing ....
Are you interested in Adrenalin Generating Extreme Sports?
Try This Link for World Class Ice Climbing
at Helmcken Falls in Wells Gray Park.
Only thirty minutes drive from Clearwater! 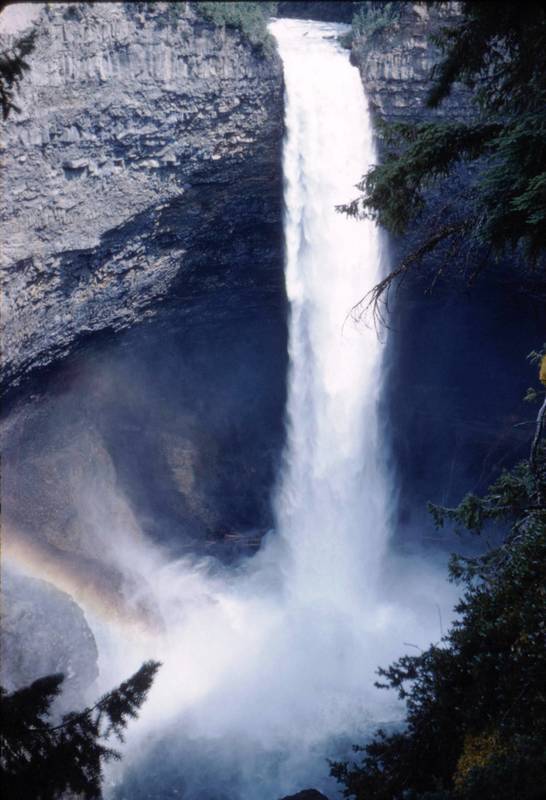 Helmcken Falls
Canada's fourth highest waterfall.
465 feet perpendicular drop with additional vertical drop below the main pool.
This photo taken from the south side of the canyon.
We were here as part of our honeymoon trip in 1958.
​The current access is via a paved road leading to the safety-fenced north-side viewing platform.
Location of waterfall is Wells Gray Provincial Park, about 1/2 hour drive from our 2020 Property For Sale. See top of screen.
​