We Guarantee to mail your ordered items the same day (or first business day after) your paid order is received.

Contact us directly if you have issues with ordering. Thank you.

In the Shadow of the Peaks: Rocky Mountain Tales

and CHIPS FROM MY AXE

In the Shadow of the Peaks: Rocky Mountain Tales

Author memoirs begin with family roots in 1892 and carry the reader's interest for a period of nearly 100 years! An exhilarating read for teenagers and up. A retired school principal (P. D.)declared that this book should be required reading in all schools.
ABOUT: A vibrant true-life story set in and around the beautiful Robson Valley, between the Cariboo and Rocky Mountain ranges. Family history, rooted in Ukraine, USSR, flows quickly to Canada in 1894. The new settlers moved to an area south of the present day city of Edmonton, Alberta. In 1923, the author's father-to-be began investigating the country west into British Columbia. By 1925 the young family was settled beside the Fraser River in the mountain valley that would eventually be named "Robson Valley", in recognition of the highest Canadian peak in the Rocky Mountains.

Here, in the town of McBride, is where the author was born and grew up. Heavy-duty responsibilities came at an early age. Using first-hand knowledge and family lore, activities are colourfully detailed. As when two pre-teen boys are sent to a remote camp to move logs from stump to railway a mile away. During the week-long task, their only company was a team of horses, a wild cat and mice in the cupboard.

Experiences that are written about advance with the years. Work and play (like twelve days out in the mountains on a pack trip), love, life and tragedy,
all told here. These tales take the reader up to 1979. Twenty years later the author visits old haunts and the book closes with a short review of deeply entrenched emotions.


The following is a written comment received from J. in Osoyoos, B.C.:

"Just a short note to let you know how much I enjoyed "In The Shadow Of The Peaks".  It is so very well written.  I could relate to so many of your adventures having grown up in Northern Alberta when my dad was developing the land.  Your ability to hold the reader through your writing is extraordinary and I thank you for that."


The following is a written comment received from J. in Osoyoos, B.C.:

"Just a short note to let you know how much I enjoyed "In The Shadow Of The Peaks".  It is
so very well written.  I could relate to so many of your adventures having grown up in
Northern Alberta when my dad was developing the land.  Your ability to hold the reader through your writing is
extraordinary and I thank you for that."

This B/W photo was taken in the early 1960s. Beaver Mountain is a Robson Valley land-mark located a short distance east of McBride. Much of the content of "In the Shadow of the Peaks", is centered in this area. The Jeck farm would be in the centre of this photo, about two miles (3.2 km.) from where the photographer stood. The country school being another mile closer to the mountain. 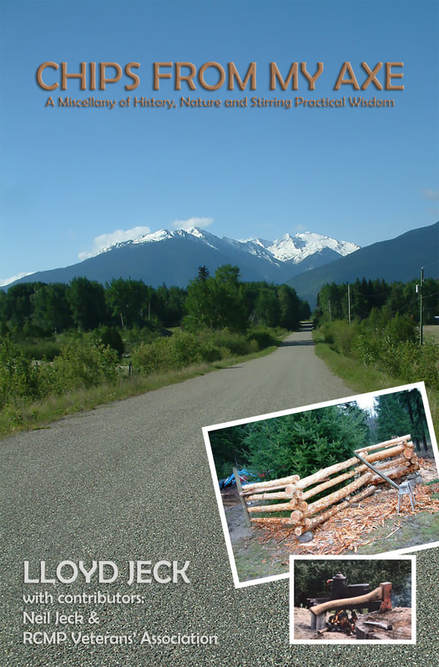 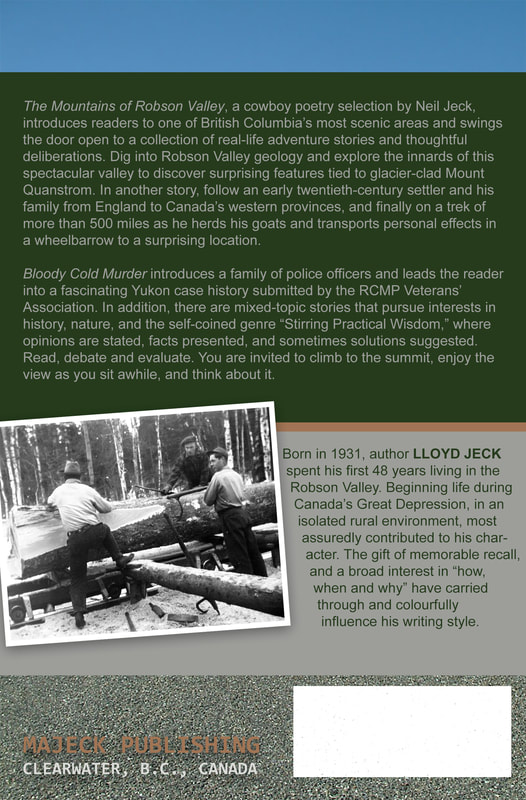 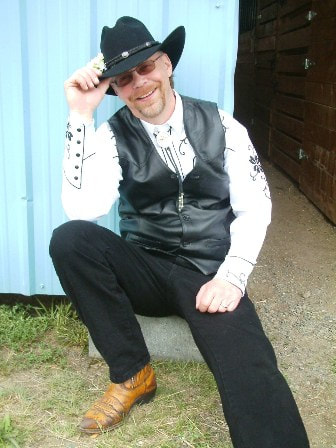 Goodbye My Son
Part One:
It is never easy to say the last Good Bye to anyone. I feel that I have failed in my several attempts to do it “just right”. I am referring to face to face verbal exchanges when it is very likely that the occasion to do so may not be available again. My father, mother, several siblings and now the second child, all slipping away from me; with one exception, the last words spoken to each one of them were not exactly expressed in a way to convey the real message that was in my heart. My son Neil succumbed to a two-year-battle with cancer on June 10, 2017. Neil and I had a good heart to heart conversation just a few days prior to his death. Yes tears were shed but I strongly believe that we both clearly expressed the love and respect we held for each other. I don’t remember exact words but we both filtered in memories that were dear to us and also briefly discussed the age old question of life after death.

In the case of my first lost child, the youngest son at age seventeen in 1979, whose demise came totally unexpected because of a chain of circumstances which contributed to his life ending that fateful day in June, 1979. I do remember our last conversation, quite one-sided as it occurred in his bedroom at an early hour not yet his usual time to rise. I could have made arrangements to take him fishing in the afternoon, and instead, I dictated my planned work schedule. This terrible mistake left him to his own planning for the second half of last day classes to complete his grade twelve graduation. There very likely were extenuating issues that may have influenced his thinking and placed him in a very vulnerable state of mind. When he got into trouble there was no one there to help. Guilt has its own lengthy threshold of painful struggles to heal.
But this is meant to be a tribute to my son Neil Stanley Jeck, who is pictured in the photo above. That photo was taken a few years prior to being diagnosed with pancreatic cancer at the end of May in 2015. A healthy man in his mid-fifties – why should this happen? But it did occur and he was under the knife about two weeks later. A very aggressive tumour required the removal of half of the pancreas, a large section of the stomach, all of the spleen plus a section of the colon. Professional diagnosis was provided, suggesting a life expectancy of six to nine months.
​
​Part one was posted August 28, 2017 - Part two will be posted here about September 10, 2017.
Powered by